The Floorball Club Milano was founded on 22 February 2000 on the initiative of a group of students from the Liceo Scientifico Statale Leonardo da Vinci in Milan, that since 1995 were practicing floorball to school, thanks to a teacher of Physical Education particularly brilliant.

After high school period, the activity continued, at an amateur level, with regular gatherings, on Saturday morning, at a outside pitch in a central area of ​​Milan, to create memorable challenges, in all weather conditions, between the two rivals classes: 5a E e 5a F.

Believing they were the only ones to practice this strange game, a bit 'for lack of information, a little' for a pleasant sense of belonging to an elite, Saturday's challenges continued with enthusiasm until September 1999, when, surfing the internet, we stumbled by chance on the website of the International Floorball Federation, thus discovering that game we practiced is actually a real sport, popular in Scandinavia, Switzerland and the Czech Republic: a sport with a lot of Championships world and in the process of evaluation by the Olympic Committee.

Shortly after they began the first contacts with other groups active in Italy, who amused as much as we did chasing this strange ball.

It was thus that were born the first official floorball teams in Italy: after the founding of the Wild Boars Varese and Floorball Club Piranhas Dolo, it was the turn of the Floorball Club Milano, third team officially recognized in Italy and first in Milan.

Since then it began a period of transformation that sees the FC Milano active in events and tournaments that involve existing teams: in particular, on November 1999 the club meets for the first time the other Italian companies in two tournaments played over two days in Bologna, while in May 2000 took part in a tournament in Dolo, also facing a strong Slovenian team.

The agonistic activity of emerging companies was crowned on December 11, 2000 with the founding of FIUF - Italian Unihockey Floorball Federation which FC Milano is one of the eight founding members..

Since 2000 the Club has created an internal structure and has transformed the challenges of the Sabbath into real trainings, by deciding to take part each year in the Italian championships organized by FIUF.

Since 2010, in particular thanks to the efforts of the renewed leaders, the Floorball Club Milano has become ASD, and has been recognized by CONI.

FC Milano is currently in the Small Field championship, in Big Field Championship, and in the Women Cup.

The Club is also active in the spread of floorball, with particular attention to schools in Milan, also promoting sports and cultural exchange initiatives with players from abroad. 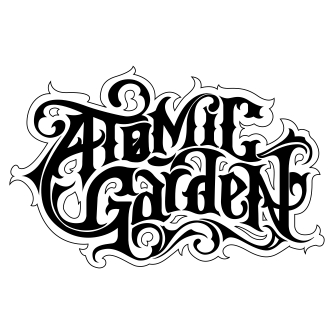